“Let us not forget that the cultivation of the earth is the most important labor of man. When tillage begins, other arts will follow. The farmers, therefore, are the founders of civilization.” – Daniel Webster

There’s so much to love about Frog Hollow Farm. Located about an hour east of San Francisco, the 242-acre farm has been growing stone fruit since 1976. In 1989, owner Farmer Al Courchesne decided to transition to organic and implement sustainable practices, including composting, natural pest control, and a dedication to zero food waste. Frog Hollow Farm sells gorgeous fruit via retailers and directly to consumers via farmers’ markets. Fruits with slight imperfections go to community supported agriculture (CSA) members or are used in their jams and marmalades. If anything is too damaged, it goes into the compost and back to the soil.

We discovered Frog Hollow Farm at their Ferry Building cafe in San Francisco. Specifically, we discovered their scuffin, a scone-muffin hybrid filled with a dollop of peach conserve created by co-owner and pastry chef Becky Courchesne. The first scuffin was one of those food memories that stick in your brain and won’t let go. Be warned: once you taste Becky’s jam, it might have the same effect.

This month’s featured jam, Organic Blood Orange Strawberry Marmalade, has a strikingly deep red color that reflects the incredible depth of flavor that occurs when bright blood orange meets classically sweet strawberry. Frog Hollow makes the marmalade by hand with fresh, hand-picked blood oranges from their orchard, organic strawberries, and organic sugar. We love it paired with our Chocolate Sea Salt Almond Butter on top of crumpets for an elegant treat!

We are so excited to offer Frog Hollow Farm Organic Blood Orange Strawberry Marmalade as our February 2020 Featured Jam! Available via our web shop while supplies last á la carte and in recommended PB&J and AB&J pairings.

“In basketball, you can correct your mistakes immediately and beautifully, and in midair.” – Jim Carroll

Our hearts go out to the families and friends of those who were lost in yesterday’s helicopter crash in Calabasas, CA. As a small food business, it’s not usually our place to speak out on the death of a public figure like Kobe Bryant, but this is different.

Although I wasn’t athletically gifted and struggled with weight problems as a kid, I was obsessed with basketball. If I could have excelled at anything, it would have been basketball. I loved the speed, strategy, physical skill, and teamwork of the game. You could be any size and have a position on the court. A great jumper, a quick instinct to box out under the boards, or a knack for passing could make you competitive with players who were much older, stronger, and more athletic. I was born in 1976, so you could probably guess that my early basketball heroes were Dr. J, Magic, Worthy, Bird, MJ, Stockton, Malone, Barkley, and the other titans of the NBA in the 1980s.

Kobe Bryant had just graduated high school when he was selected 13th in the 1996 NBA Draft. I knew about this wunderkind, of course, and had seen gravity-defying clips of him dunking over whole backcourts of opposing high school teams. He was obviously physically special, but he’d prove to be much more than that. In his 20-year professional career, he won five NBA championships, two Olympic gold medals, and nearly every individual accolade possible as a player for the Los Angeles Lakers. In retirement, he became the first champion professional athlete to win an Oscar—and the first African American to win one for Best Animated Short Film—after writing and narrating Dear Basketball. Rare among male sports superstars, he was an outspoken champion of women’s professional sports and the WNBA. He was also fluent in Italian and, by ear, learned to play Beethoven’s “Moonlight Sonata” on piano over the course of a single basketball season.

There are so many stories about his legendary drive, work ethic, and 12-hour days in the gym, but his influence on me goes beyond the age-old value of hard work. I think it boils down to a statement he made at his retirement ceremony in 2017:

It’s about the work.

The reward is in the process, not the result.

Basketball fantasies long gone, my aim for years has been to make the best possible versions of foods I love; to run the kind of business that reflects the values I wish to see in the world; and to set new standards for integrity, sustainability, and quality in the process. Getting up early on a weekend to set up at a farmers’ market, re-making a recipe for the 20th time, wiping down the underside of a shelf in the back corner of our building, working a holiday sales event wearing a back brace that no one can see, staying up late to apply labels… that is actually the dream.

Don’t get me wrong; external validation in the form of awards, media recognition, and public accolades are all wonderful, and we never take them for granted, but the ultimate value in dedicating oneself to a practice is in the doing. Chase perfection. Embrace every failure as an opportunity to learn and improve. Think of adversity as something to overcome. Never stop working, because, in the work, you achieve the dream. That, to me, is the #mambamentality.

It so happens that one of the nut butter recipes we worked hardest on perfecting is Hot Mamba, our tribute to the tradition of spicy peanut butter, or mamba, of Haiti and the Carribean. Today through Friday, January 31, we’ll donate 24% of Hot Mamba sales on our web shop to the Kobe & Vanessa Bryant Family Foundation, which is dedicated to improving the lives of youth and families in need, both domestically and globally.

We don’t have to engage in grand, heroic actions to participate in the process of change. Small acts, when multiplied by millions of people, can transform the world. – Howard Zinn

New York City-based Farm To People has a simple mission: to make it easier to discover and buy from small-batch artisan producers. 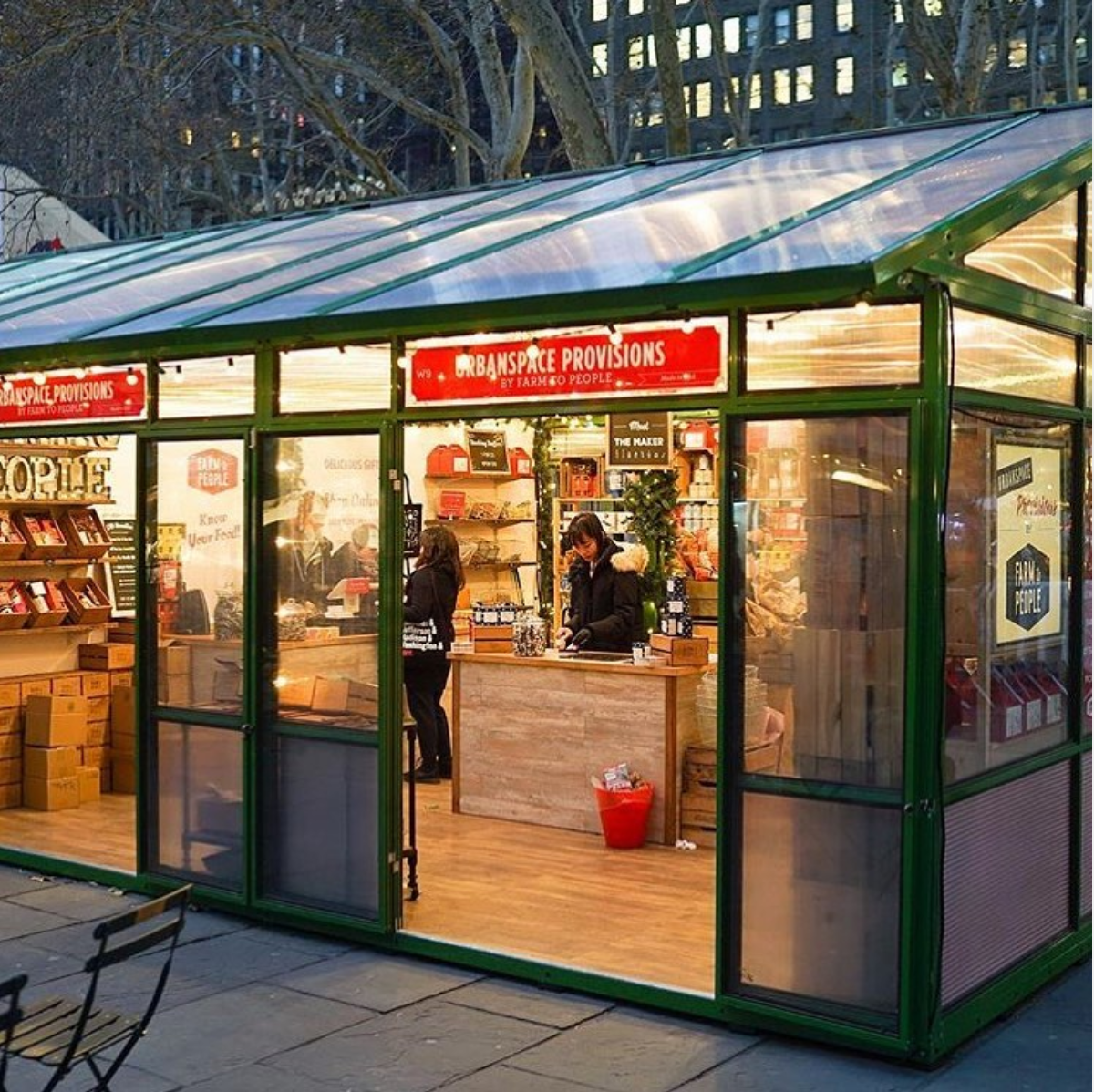 They seek to build a better food system by finding growers and makers who use traditional and sustainable methods and connecting them with customers. To achieve this goal, Farm to People has a multitude of creative outlets. They offer a CSA-like produce delivery service in the NYC area with available staple add ons like meat, dairy, fish, baked goods, and pantry items. They also have a robust online shop featuring a carefully curated selection of pantry goods, gift boxes, and specialty beverages.

To connect with the community and offer an IRL experience, Farm To People sets up pop-up shops. Specifically, they had a section at the New York Times Food Festival in October and more recently opened their second annual Holiday Market. The latter is a super cozy temporary shop set up in Bryant Park, packed with all their favorite small-batch, artisanal goodies. We are so honored to be a part of their selection online and at these pop-ups!